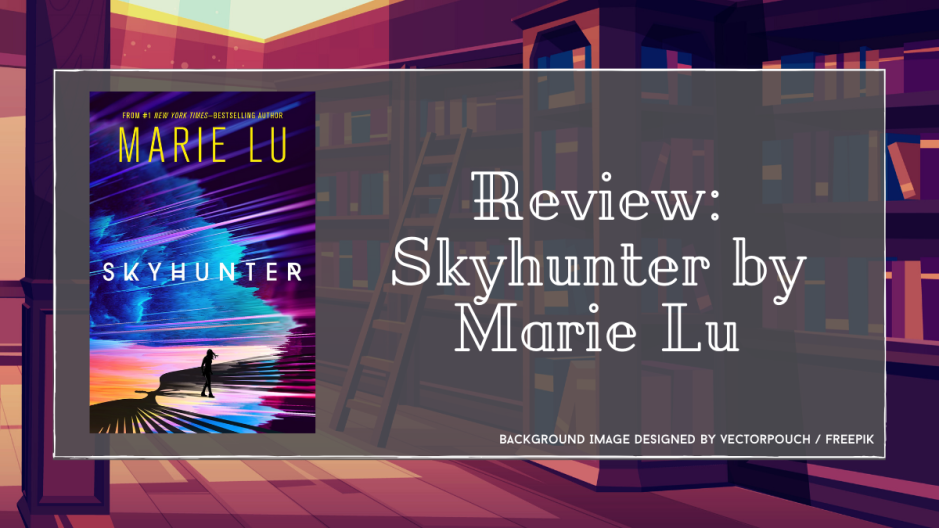 Did someone say Marie Lu? Because I heard Marie Lu, and I. came. running.

I confess that I haven’t read anything from this author other than her debut, the Legend trilogy, but as soon as I saw that her newest release had been added to Libby, I knew I had to snatch it up. And can I just a take moment to compliment myself on how soon after release I was able to read this book *pats myself on the back* 🤗😌

Anyway. I may or may not have forgotten how to write a review over the past couple of weeks, but let’s see how well I can describe all the reasons I loved this book.

Skyhunter, the first in Marie Lu’s new duology, takes place in a futuristic society where the Karensan Federation, the ruthless government that believes itself destined to rule the entire world, has managed to conquer countless nations using its advanced military technology. Mara is the only free nation left standing on the continent, and it doesn’t have long left. As a refugee from one of the conquered nations, Talin knows this. She has worked her way up into Mara’s elite Striker ranks, soldiers trained specially to combat the Federation’s bioengineered monsters, and risks her life everyday on the warfront for a country that refuses to accept her. But when a mysterious prisoner of war is brought to the capital, Talin knows he’s hiding something. Something that could either doom Mara for good — or be its saving grace. *dun dun dun*

If there’s one thing I’ve learned from this book, it’s that Marie Lu has talent. She apparently received her inspiration for this book from the 2016 Democratic national convention, which is… impressive, to say the least. Reading her newest release only a relatively short time after reading her debut really emphasized for me how much her writing has matured since Legend was published.

The world Lu creates in this novel is brutal. In the Federation, humans are bioengineered into Ghosts, monster-like creatures with unnaturally long limbs and a feral hunger for blood. Men, women, and children of all ages are killed and subjected to horrifying atrocities in the government’s quest to fulfill what they call their “Infinite Destiny” (cue uncomfortable flashbacks to America’s 19th-century belief in Manifest Destiny). In Mara, things aren’t much better. Food is in short supply, the poor are forced to scavenge for metal in the scrapyards to sell for a paltry sum, and the refugees who have survived the Federation’s conquests are relegated to the Outer City, where their customs and labor are exploited.

And the author doesn’t shy away from showing the reader that brutality isn’t just reserved for the battlefield. It can be in the father who constantly pushes his own son to the ground just as he’s starting to get up again. It can be in the demeaning smiles and laughter of those who think you’re dangerous because of the color of your skin. It can be in the people who brush your struggles and sacrifices to the side for their own gain.

Talin, our main character, is a refugee from Basea, a country that was conquered a decade ago by the Federation. She’s risen up through the ranks by sheer force of will and with the help of her closest friends. She is truly admirable in how she persists in the face of constant prejudice and ignorance, and how she persists in fighting for this country that has shut the doors of its Inner City in her beloved mother’s face and given her over to a life of poverty. Her inner conflict over where her loyalty should lie and whether this cause is even fighting for is splendidly done, to the point where I could truly feel Talin’s struggle to the marrow of my bones.

And let’s take a moment to talk about the mutism rep. Talin hasn’t been able to communicate verbally since the night the Federation conquered her country, and communicates exclusively through sign language. I’m not in a place to say how accurate the representation was, but I thank the author with my whole heart for her choice to write a main character like Talin, for writing a story that will tell people of all ages and circumstances that she — and people like her — can be the hero/ine of their own story.

Another thing I’ve learned: Marie Lu knows how to write relationships. Talin’s friendship with Adena and Jeran, two of her fellow Strikers, was the sweetest thing. The three of them were always there for each other, and their friendship was one of the most significant sources of serotonin in this entire book in the midst of all the other suffering going on. And I’m taking a moment to shout-out Talin’s relationship with her mother, because that was just pure gold. The love they had for each other and how Talin was willing to sacrifice everything for her mother (and vice versa) was an example of a family relationship that’s grown increasingly rare in YA.

And of course we also have Red, the *mysterious* prisoner from the Federation. Oh, this poor, tortured, haunted boy. And omg, the pet mouse. (Is there a #ProtectRed&HisMouseSquad yet? Because I need to join.) I loved how Talin and Red’s relationship progressed from enemies to friends to maaayyybeee-something-more. The word love was thrown about just a bit too early for my taste… but look, I’m not about to start complaining if it means I get something like Day and June all over again. I can’t wait to see how their relationship progresses in the next book.

As I mentioned earlier, Lu’s writing has matured so much from when she wrote her debut. I loved how she wrote in Legend, but you can see how she has perfected her craft over the years. The imagery and emotional descriptions were done so well, and the occasionally stilted sentence or two from the beginning of her career is gone. She knows when to cut the angst short now and when to elongate her ideas into several sentences. Her scenes are executed practically perfectly, and the way she writes tension is just — perfection. I was absolutely hooked throughout the entire thing.

The most important thing to me about this book, though, is its themes. I have no idea whether or not the former sentence is grammatically correct, but I do know how much the ideas contained within Skyhunter mean to me right now. Mara is by no means a perfect country. Talin and the other Strikers’ work is rarely appreciated; Talin’s fellow refugees are oppressed and downtrodden; and the situations the characters are put into make it clear that returning to Mara after every stint on the warfront isn’t always an easy choice. But through our main character’s decisions and those of the people around her, it’s also made clear what the message of this entire book is: choosing goodness. Choosing goodness despite how many times the people around you turn towards you with nothing but hate. Choosing goodness despite the fierce opposition and aggression. Choosing goodness to help a country that’s falling apart at its very seams. Sounds eerily familiar, doesn’t it?

“For Mara?” Adena signs.
“For the idea of Mara,” Jeran replies.
“Ideas are nothing but air,” Adena mutters.
“Then we’re truly lost,” I sign.

You could substitute the name of virtually any country in the world for Mara in that quote, and it’d still make perfect sense.

Now, you must be wondering why on earth I docked a whole star if I enjoyed it this much. To be honest, I don’t know myself. There was just something missing. As the blurb promises, it’s an adrenaline-laced novel that’s truly unputdownable. It’s perfect for those in search of a brutal, gritty dystopian world (with maybe some uncomfortable parallels to our world today), complete with oppressive governments and intense characters. But… that’s pretty much it. It’s an amazing book, but it just fails to stand out from the crowd, despite everything that’s going for it. It’s the kind of book that has me completely emotionally invested by the time I finish it, but by the next day, the excitement has levelled out into a mild, almost indifferent interest.

But otherwise, I still enjoyed this book immensely, if you couldn’t tell. Marie Lu’s incredible skill as a writer really shines through here, and if you’re looking for a fast-paced book that doesn’t sacrifice plot for character development, you’ve arrived at the right place!

Gentleness is, in general, such an underrated trait. In the forbidding environment of Mara and the Federation, Talin expresses surprise whenever someone who’s been exposed to hardship and war comes out of it with a kind and gentle personality. It’s so easy to harden our hearts in response to what’s going around us on a daily basis, but I don’t think that’s the right way to go about living in this world. It’s inevitable that what began as a self-defense mechanism will eventually evolve into a self-centered lack of compassion. Nurturing gentleness in our spirits is the only way we can avoid this and be able to respond to the challenges of the world in a loving, gracious manner. After all, the Bible itself tells us that there is no law anywhere that forbids gentleness or any of the fruits of the Spirit from taking root in our hearts (Galatians 5:22-23) — so what’s stopping us?

That’s it for today!! I didn’t even bother checking the word count for this review because it’s obviously just… really long 😂 But how about you? What did you think of this post? Have you read Skyhunter or any of Marie Lu’s books yet? Any other sci-fi recommendations for me? Chat with me in the comments below!

Thanks for stopping by, everyone — happy reading to you all! 💗 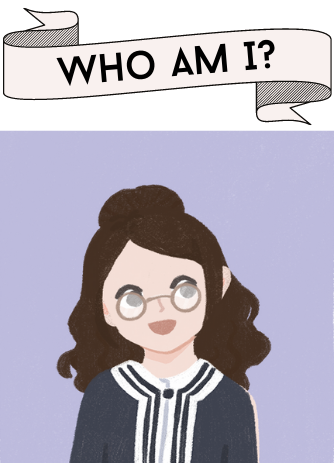 Hi there, I’m Abby! I’m a Korean-American teenage bookworm who loves reading, musicals, and Christ. Here, you’ll find me obsessing over books long after I’ve read them, perhaps to an unhealthy extent 😆 Thank you so much for stopping by, and I hope you enjoy 💜